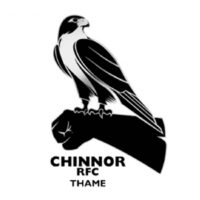 Sparked by an electric contribution from replacement scrum half Jack Combes, Birmingham Moseley almost rescued a draw in the dying seconds of their National One clash with Chinnor.

However, the hosts were ultimately forced to settle for a losing bonus point when they failed to translate a final minute attacking lineout into a converted try.

And in truth Moseley’s first defeat of the season was a fair reflection of a match in which the visitors built a commanding 3-29 half-time lead through a combination of some powerful rugby and their hosts’ error-strewn opening 40 minutes.

Chinnor opened their account when Nick Smith recovered his own high ball then good support allowed James Bourton to claim a try which fly half Caolan Ryan converted.

The former Moseley no.10 then added a long-range penalty before visiting no.8 Freddie Tuilagi anticipated Aquile Smith’s attempted offload and strolled in from 30 metres.

After Kailus Hutchinson’s powerful break finally gave the home faithful something to cheer, Chinnor lost winger Kieran Goss to the sin bin for a deliberate knock-on.

However, the visitors defied their numerical inferiority to send Ryan Crowley over for their third score – again upgraded by Ryan – following a number of missed tackles.

After Jack Jolly’s well-struck penalty put Moseley on the board, home winger Mason Tonks was only denied a breakaway try by Ryan’s superb piece of cover defence.

And Chinnor’s fly half stayed at the centre of the action by promptly claiming his team’s bonus point score after his forwards had pounded the home line.

Bourton’s conversion left Moseley facing a 26-point interval deficit which they soon reduced by five when pacy winger Tonks forced his way to the corner in support of Sam Pointon’s half-break.

Good cover defence from Moseley’s tall no.11 then prevented Crowley from claiming his second score before a thunderous tackle under the home posts dislodged the ball as Tuilagi stretched for the line.

The home side claimed a second try when replacement hooker Sam McNulty steered a lineout drive to the whitewash to claim a touchdown which the newly-arrived Combes improved.

And the Red-and-Blacks were back within draw range five minutes from time when Andy Bulumakau went behind the posts following a quickly-tapped penalty to record a try which Coombes again upgraded.

The home side piled pressure on the clubhouse corner in the closing moments but when they were unable to conjure up a fourth try their unbeaten start to the season had come to an end.