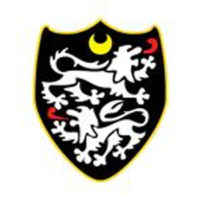 Frustrated Moseley chief Adam Balding admitted his players were hurting after being narrowly edged out by National One high-fliers Caldy.

A scintillating second half try from Tom Benjamin and a brace of penalties from Elliot Bale had steered the home side into a slender lead only to see the win wrestled from their grasp as the visitors chalked up their second try of the game ten minutes from time.

“They are very unconventional – a side who are niggly at the scrum and at the line-out. They do things you are not expecting. We gave a good account of ourselves but the game was there to be won. We should have got four points not one.”

Moseley could not have made a worse start, losing the first line-out of the game and then allowing prop Adam Angbokhae to pick up and run 15 metres unchallenged to the line, Ben Jones slotting over the extras – all this inside two minutes.

The line-out was to be the home side’s Achilles heel throughout the opening period as former Northampton and Moseley second row Sam Dickinson continually stole possession. It meant the backs were feeding off scraps but they tried to make the most of what ball they had with centre Ollie Allsopp a bright spark throughout.

Bale slotted over his two penalties midway through the first period and although Jones responded for Caldy, there was little between the sides at the break.

And when Benjamin claimed the try of the game on 47 minutes, the Red-and-Blacks were in the ascendancy. Allsopp was again involved, flinging a pass to Isaac McNulty on the left who in turn fed Benjamin whose great strength and agility took him to the line to hand Mose an 11-10 lead.

That looked like being enough but the excellent Dickinson had other ideas and, from a period of pressure on the hosts’ line, the giant lock reached through a crowd of bodies to dot the ball down.

Balding added: “The try we conceded at the start was very soft but I thought we defended very well from there and in the second half I thought we played really well.”