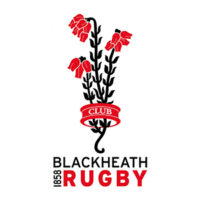 Sam Pointon marked his 50th appearance for Moseley with a fine individual try only for director of rugby Adam Balding to reveal that the scrum-half was ill ahead of the game.

Tries from Pointon, Ryan Roach and Aquile Smith edged the Billesley Common side to victory over their London visitors, replacement Jack Jolly slotting over the vital conversion six minutes from time to secure the win.

It was far from plain sailing though with Moseley losing two players to injury – which led to Roach switching from front row to flanker – and had to deal with prop Sam McNulty’s late sin-binning.

Balding said: “Sam [Pointon] had been ill and wasn’t feeling too clever but he put in a fine 45 minutes and emptied the tank for us which is what we’re about as a team. He was absolutely superb. Once he made that move for the try he’s gone, there was no catching him.

“I thought both sides played really well and the accuracy from both sides was very good with very few turnovers. It was another close one – we just have to break away a little bit and give ourselves a bit of a cushion. But it’s a fantastic start winning two from two and the boys have again showed true character.”

Moseley trailed 13-12 at the break in spite of out-scoring their visitors by two tries to one – Roach and Pointon bagging theirs before the break, both converted by Ben Palmer.

For Blackheath, who had full-back Nick Foster yellow carded after six minutes, Marcus Kershaw dotted down after bursting clear with Sam Evans kicking two penalties and a conversion.

A converted Stephen Leonard try added to their tally in the second half but a Palmer penalty and Smith’s late converted effort when he zipped through the Blackheath line proved just enough for the Red-and-Blacks.

Balding added: “Sometimes you can get caught up in bonus points but at the end of the day we are here to win a game and we’ve done that in our first two matches.”