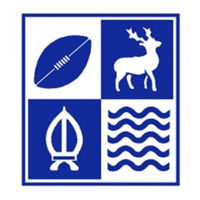 Moseley chief Adam Balding admitted his Covid-hit side was second best against lowly Bishop’s Stortford, paying the price for a below-par team performance and too many individual errors.

Prop Ethan Priest and fly-half Dan Lewis bagged tries for the Billesley Common outfit but following an early exchange of penalties, the visitors always held the advantage on their way to a maximum five-point haul.

Balding said: “We didn’t train on Tuesday or Thursday due to Covid but I’m not going to use that as an excuse.

“I thought there were some good individual performances but as a team we were collectively poor. We didn’t play how we said we were going to play and the individual error count was just too high and it wasn’t good enough. Collectively we were so far away from where we need to be. Ollie Allsopp was superb as was Pat Zindi and Dave Langley at tighthead.

“We came in early to train this morning but ultimately we are on game 24 so whether or not we train this week we should be able to pitch up and play.

“Bishop’s Stortford are a very loose team and like to play unstructured rugby. We have a good structured game and off the back of that we can launch attacks but we have got dragged into how they wanted to play and ultimately we came up short. They thoroughly deserved to win. It would have been good to get a point but we just weren’t good enough.”

Lewis kicked an early penalty to cancel out a kick from Alfie Orchard but it was Stortford who led 15-10 at the break thanks to tries from winger Josh Stannard and second row James Thacker. Priest responded following a powerful run by fellow front row JC Genade, Lewis kicking the extras.

A brace of tries from Stortford prop Will Roberts secured the bonus point as the visitors utilised a well-drilled catch-and-drive with Moseley’s second try being scored by Lewis who intercepted a pass inside his own 22 before sprinting upfield. He also added the conversion.

Moseley’s director of rugby added: “We have some tough games coming up and while we are not going to suddenly derail, we do need to take stock of where we are. I have no concern about being in the bottom two as there is enough quality in this squad to at least win our next two home games against Sale and Cinderford and get something on the road at Rams and DMP.”

Prop Will Roberts led the way with a second half brace of tries with second row James Thacker and winger Josh Stannard also on the scoresheet while Moseley’s tries came from front row Ethan Priest and fly-half Dan Lewis.

Lewis and Stortford’s Alfie Orchard traded early penalties before the visitors claimed the opening try on ten minutes when Stannard punished two missed tackles before dotting down under the posts to hand Orchard the simplest of conversions.

Fifteen minutes later the visitors forged further ahead when a kick to the corner led to a well-rehearsed catch-and-drive that ended with Thacker forcing the ball over the line.

Moseley improved as half-time approached and reduced the arrears on the half-hour when hooker  Jacobus Genade was halted just short only for Priest to gather and crash over the line, Lewis kicking the extras.

The fly-half was then inches away from closing the gap to two points just before the interval with a long-range penalty that hit the upright.

Any hopes that Moseley’s first half errors could be cast aside were dashed when more loose handling allowed the visitors their third try on 46 minutes, Roberts being driven over from close range after Stortford had worked their way upfield. Orchard slotted over a tricky conversion.

That score was cancelled out in spectacular fashion five minutes later when Lewis – one of the few to shine in the Birmingham sun – intercepted a pass inside his own 22 and charged upfield to score a fine solo try before adding the extras himself.

The arrival of the experienced Ashley Johnson off the bench solidified the Moseley scrum which had stuttered at times but a misfiring line-out and some poor decision-making too often halted their progress.

Hopes of making it back-to-back wins for the Red-and-Blacks were finally dashed 12 minutes from the end when another catch-and-drive move ended with Roberts diving through a sea of legs to claim his second try and the bonus point for the visitors. Orchard was again successful with the conversion.

The result leaves Moseley in mid-table ahead of next week’s trip to fifth-placed Rams.