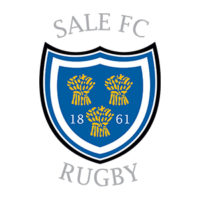 Adam Balding knows a thing or two about the dark arts of scrummaging – a back row with more than 200 Premiership appearances for the likes of Gloucester, Leicester and Newcastle will have seen to that.

So when Moseley’s director of rugby argues that referees need a helping hand the authorities should sit up and listen, particularly when the answer could be right there in front of them.

Balding admitted to being frustrated as he saw his Billesley Common side secure a hard-fought victory over a rumbustious Sale outfit at the end of a game that was rarely allowed to flow.

It wasn’t helped by referee Ben Russell’s decision to send three players to the bin inside the opening few minutes – two of them from Moseley – but a penalty count that ended just shy of 30 ensured it was a stop-start affair.

And with the bulk of these coming at the scrum, Balding believes it is time for match officials to work together to get a grip on what’s going on. “I wouldn’t want to be a referee but I do feel that the touch judges should help the referee more than they do a little bit,” he said.

“They can clearly see what’s going on but they’re not radioing that in. It works both ways and affects both sides and it happens in other games. The inconsistency of the officiating is costing us and it’s costing them. There were some clear things that happened within the game that had a clear impact. One of these was the decision to send three players to the bin two minutes into the game but there were others.You play sport to win and we’ve won but it was a frustrating game again.”

Those early yellow cards that stripped Moseley of key forwards Danny Wright and Buster Lawrence – along with Sale fly-half James Williams – led to the visitors opening their try tally as the opposition pack trundled over the line, No8 Jarad Williams getting his hands on the ball.

The Red-and-Blacks did bag a try of their own at the end of the half through winger Mason Tonks with the other points coming from the boot of Sale’s James Williams and Moseley’s Cliffie Hodgson as the visitors went in 16-3 up at the break.

There was no let-up for the nerves in the second period either with penalties being slotted over at will until Sale looked to have swung the game thanks to a try from replacement Jake Barron.

But there was to be a late fightback from the hosts with Moseley’s replacement hooker Will Biggs diving over five minutes from time before Hodgson wrapped up a nail-biting win with his conversion and a long-range penalty.