We paid the penalty for poor scrum 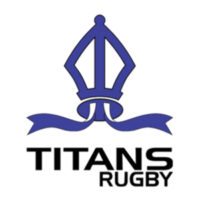 Any hopes of consecutive victories were short lived as Moseley suffered a heartbreaking defeat to relegation rivals Rotherham.

In a game where the lead jumped relentlessly from side to side, the hosts were victorious, thanks to a penalty three minutes from time.

While Mose may feel aggrieved at the nature of their last-gasp defeat, there can be no doubt Rotherham were good value for the victory, having built up long periods of pressure – mainly through their dominance in the scrum – much to head coach Pete Glackin’s frustration.

He admitted: “It (the scrum) is a big facet of the game. We failed to launch off our ball and conceded far too many penalties on their ball.

“They turned that pressure into points and that was a big factor in us losing. There are certain aspects of the game we should have controlled better but we failed to do so.

“Fair play to Rotherham, they stayed in the fight a lot longer than we did in certain areas of the game.”

Moseley started positively when Matt Dight pounced on a mistake to power away and dot down, Cliffie Hodgson adding the extras.

Mose kept the score close at half-time through a Hodgson penalty, before racing out of the blocks in the second half to retake the lead when Aquile Smith’s blistering pace surprised everyone to see him score a second try for the Red and Blacks.

A glut of tries then ensued. Firstly, Kieran Frost touched down for the hosts before Hodgson bagged a try.

That gave Moseley a one-point advantage, which they held on to until three minutes from time, when a colossal Sam Hollingsworth penalty from the halfway line flew through the posts.

“We’re just focusing on week by week and we’re realistic to know what’s happening,’’ added Glackin. “We need to put a string of wins together in order to pull ourselves away from the teams who are in the bottom three.”