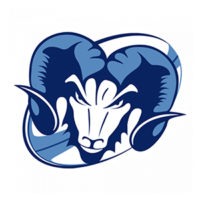 The visitors enjoyed plenty of possession and territory in the first half. However, they went into the break trailing 18-7 as Rams crossed twice through Jamie Gutteridge and Ollie Cole to which Davetanivalu responded on the stroke of half-time.

Jak Rossiter’s seven-pointer extended the hosts’ advantage two minutes after the restart – but thereafter they were forced to defend for their lives against a Red-and-Black side for whom Robbie Povey joined the Army centre on the scoresheet.

However, Rams dug deep in the closing stages to escape their own half and in the process begin National One life with a second consecutive win.

Home No.10 Alex Seers kicked his team deep into the Moseley 22 in the opening minutes to establish the position from which flanker Gutteridge was driven over for a try which Seers improved.

Seers then kicked a simple second-quarter penalty before home scrum half Ollie Cole finished a flowing move started by his fly half’s quick throw-in and continued by centre Ellis Jones.

Rams withstood a long spell of pressure deep in the clubhouse corner before claiming a vital turnover from which Gutteridge galloped 40 metres upfield.

And after Cole was twice involved, Moseley lost James Tideswell to the sin bin for killing the ball on his own line and Seers added the resulting three points.

However, the visitors made light of their numerical inferiority to produce a converted score of real quality, created by Ben Palmer’s lightening break and finished by Davetanivalu.

But thereafter Moseley produced some outstanding attacking rugby which pinned their hosts in their own 22 for much of the next 30 minutes.

Although the home side’s scramble defence held firm, it was at the cost of a yellow card for hooker Ben Henderson.

And the visitors took full advantage as on-loan Coventry full back Povey raced on to Palmer’s flat pass to claim a try which Palmer improved.

A third Moseley try soon followed as Arr reacted fastest to tap a penalty awarded deep in the home 22 and send Davetanivalu powering over for a score which Palmer converted.

With nine minutes remaining Mose scented a come-from-behind win, however, Rams summoned up one last effort to escape their own half and secure a second consecutive win with some sensible game management.