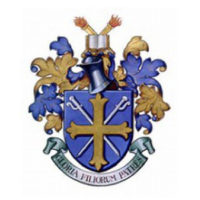 Birmingham Moseley had only Ben Palmer’s early penalty to show for their efforts in rain-lashed South London.

Adam Balding’s side battled hard throughout, and looked very much in the game until hit by a try double from home winger George Perkins either side of the half-time whistle.

Last season’s National One runners-up went on to record three further second-half tries and as a consequence record a well-deserved bonus-point win.

Palmer kicked Mose into an early lead with a well-struck 35 metre penalty after the hosts infringed on the ground.

However, the visitors’ advantage was short-lived since home fly half Tom White soon squared things up when the Red-and-Blacks fell foul of referee following Brown’s 40-metre break.

Elthamians extended their advantage through hooker Nathan Morris who applied the finishing touch to a move which began in the home half and progressed via a neat handling exchange between Ollie Claxton and Marc Koteczky.

After White converted, Moseley speedster Aquile Smith was convinced he had won the race to his own kick ahead, but after consulting his touch judge referee Jonathan Cook disagreed.

Palmer was then narrowly wide with a 40-metre penalty, but with Robbie Povey and Jonny Arr kicking well, the away side enjoyed their best spell in a second quarter which was largely played in the home half.

But when Elthamians escaped and won a scrum against the head, the visitors infringed at the subsequent ruck to provide White with three easy points.

Disaster struck from a Red-and-Black perspective when the long-striding Perkins won the race to Brown’s perfectly-weighted chip on the stroke of half-time.

White converted via the upright, which left Moseley facing a 17-point interval deficit and Balding threw on four of his bench in an attempt to spark a change of momentum.

But any thoughts of a dramatic turnaround were killed stone dead when Elthamians No.11 Perkins raced over for his second try – again converted by White via the upright – direct from the second-half restart.

When White pushed a penalty to the corner the home pack then drove hooker Morris over for his second five-pointer of the afternoon and in the process recorded a try bonus point.

As Mose chased the game, Elthamians seemed certain to claim another touchdown when they spent a long spell in the visitors’ 22, only for the visitors’ pack to force a penalty against the feed at a scrum under their own posts.

But with Elts now dominating territorially, this only delayed the inevitable, and the hosts had a fifth try on the board when replacement hooker North forced his way over after Brown’s weaving touchline run.

After Claxton added the extras, Elthamians lost back-rower Ben King to the sinbin for a trip on Smith as the winger pursued his own kick ahead.

However, this did not halt the home side’s flow, and they claimed a sixth try five minutes from time when Brown broke through the Moseley defence to dot down a score which Claxton again improved.