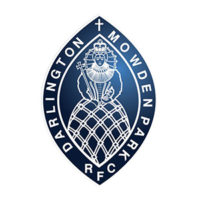 Moseley’s slippery slide down the National One table continued with a fourth straight defeat. And with this latest being their heaviest pummelling of the season, a few alarm bells could be ringing around Billesley Common ahead of next week’s match with a Chinnor side who head to Birmingham looking to stretch their five-match unbeaten run.

It had all looked so promising in September when an opening-day mauling of Hull Ionians heralded a new era under the guidance of director of rugby Adam Balding. Eleven tries were scored that day, albeit against a poor visiting side, and there have been promising glimpses since then, notably in the narrow 9-5 defeat at the hands of high-fliers Blackheath last weekend.

But there have also been some stinkers, with the capitulation at the hands of Cambridge the week before springing to mind. Billesley Common had been something of a fortress until then – that aura was well and truly shattered that day.

Now it is down to Balding and head coach Pete Glackin to lift the players once again following their dismantling by a mid-table Darlington side. Admittedly, Moseley were still in contention going into the final quarter but, after conceding nine tries in a game, questions should be asked. Poor discipline and yellow cards have been to blame many times this season but that wasn’t the case on Saturday.

Aquile Smith scored Moseley’s solitary try midway through the first half, dotting down in the corner after the pack had dominated at the scrum – something they did for most of the opening period. The only other points came from fly-half Ben Palmer, who slotted over a first-half penalty.

In contrast, Darlington ran in three tries through hooker David Nelson, winger Morgan Passman and centre Oliver Walker, with Warren Seals kicking the other points for a 24-8 advantage at half-time.

Moseley’s hopes of claiming anything seemed to lie firmly on the shoulders of their pack but their dominance in the scrum was not repeated after the break as changes in personnel appeared to favour the hosts.

And with that solid platform to work with, the Park backs had a field day, running in a further six tries with wing wonder Passman leading the way with four. Scrum-half Euan McKirby and full-back Callum Irvine also made it on to the scoresheet, as did Seals, whose success with the boot meant he finished with 26 points – more than Moseley have managed in more than four hours of rugby.