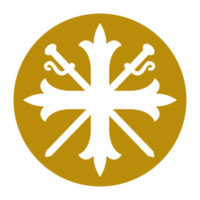 Fielding a side containing only two survivors from the opening day of last season, the Red-and-Blacks clicked into gear from the outset to build a 24-6 half-time lead.

They also ended an emotional few days with the best possible rugby tribute to club legend Alan Thomas who died suddenly in the week.

A typically powerful Lawrence burst then allowed John Davetanivalu to send winger Tonks very close before Palmer released Smith on the opposite flank from the resulting scrum to claim the day’s opening try.

Mose extended their advantage to 17 points when le Roux’s break and well-timed pass sent Tonks over for a score which Palmer improved.

And after Joe Green’s penalty had put Ionians on the board, le Roux dived over from close range to register a third home five-pointer – again converted – following a series of forward thrusts.

One blot on Moseley’s landscape came in the shape of their high first-half penalty count, and Green kicked his second three-pointer on the stroke of half-time.

The home side claimed five further tries in a thrilling third quarter which was launched by Lawrence’s powerful bonus-point clinching effort, which Palmer again improved.

Nathanael Titchard-Jones then scooped up a bouncing ball on the visitors’ 22 and showed a fine turn of pace to gallop to the line.

The final five minutes of the third quarter saw three further tries added, all of which stemmed from positions inside the home half.

Moseley’s wingers combined to create and finish the first of these as Tonks gathered Smith’s chip ahead to crash over for a score which Palmer upgraded.

The home fly half then turned supplier with a slashing 40-metre slashing diagonal break and a neat offload which left Smith with the easiest of finishes in the clubhouse corner.

Mose’s debutant left winger almost immediately completed his three-timer when he applied the finishing touch to a flowing move which saw the ball cross the field twice and go through multiple pairs of hands.

Hull claimed their first touchdown of the afternoon 14 minutes from time when hooker Ben Stephenson applied the finishing touch to a lineout drive.

But Moseley pressure soon forced a turnover in the Hull 22 from which lock Danny Wright eventually scored.