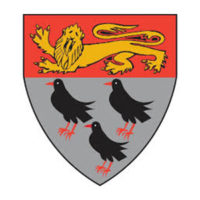 But the hosts were forced to work extremely hard for their fourth consecutive Billesley Common success during a closing 45 minutes which saw Canterbury record three converted scores.

Palmer put the first points on the board midway through the opening quarter with a simple 20 metre penalty awarded for a late tackle on Jonny Arr.

When a solid tackle forced Canterbury to spill possession on the home ten-metre line, Cliffie Hodgson rolled a precise kick to within inches of the clubhouse corner.

This allowed the Red-and-Blacks to pile pressure on the Kent club’s line for the first time, and after referee Makepeace twice awarded maul penalties eventually prop Tideswell spotted a gap and darted over for a try which Palmer improved.

The home fly half then added three further points from 40 metres when Canterbury infringed on the ground after Smith claimed a high ball with a spectacular leap.

Moseley extended their advantage when Crofts forced his way into the corner from close range after neat hands from Morris allowed Buster Lawrence and Hodgson to carry strongly into the visitors’ 22.

And almost directly from the kick-off leading try-scorer Smith stole possession on halfway and showed a clean pair of heels to claim the hosts’ third try which Palmer converted.

However, the visitors had the last word of the opening 40 minutes when a sequence of penalty awards pinned Moseley on their own line until scrum half Dan Smart chipped precisely behind the home defence where Sterling beat Arr to the touchdown.

Young’s conversion left Canterbury facing an 18-point interval deficit, and the size of their task increased when they lost flanker Will Scholes and prop Jamie Dever to the sinbin in the early stages of the second half.

But after withstanding a low-tempo powerplay period, Canterbury planted the ball deep into the home 22 where home replacement Osman Dimen saw yellow following a maul collapse.

And when the resulting penalty went back to the corner, the men in blue drove prop Kenny over for a try which Young converted.

With visiting tails now up, Smart rolled a touch-finder deep into the Moseley 22 where his team were only denied a try by some determined defence from Lawrence and Crofts.

Danger remained, however, and when the Red-and-Blacks infringed on the ground Canterbury set themselves for another lineout drive against a defence now restored to full numerical strength.

When the resulting maul collapsed Mr Makepeace identified the dual-registered Leicester prop as the man responsible and showed him a second yellow – then red – card.

A third Canterbury try – scored by replacement Oliver after Ricky Mackintosh returned a clearance kick, and converted by Young – then set up a grandstand finish.

But much to the relief of the home faithful, Moseley took play into the visitors’ half where they retained possession through multiple phases to clinch the four points which lifted them to fifth place in the table.