The former Springboks international forward left Wasps two appearances short of a double century during the summer of 2020, before taking up a player/coach position at National League One outfit Birmingham Moseley, writes Bobby Bridge on CoventryLive.  https://www.coventrytelegraph.net/sport/rugby/ashley-johnson-wasps-rugby-springboks-21501756

Covid-19 not only denied the powerful ball carrier the fitting send-off he deserved for eight seasons with the Black and Golds, in which he achieved fans’ favourite status, but also delayed the 35-year-old from fully commencing his new dual role at Billesley Common.

That opportunity finally came 29 minutes into Moseley’s round one clash with Darlington Mowden Park last Saturday. With his side trailing by six points to ten, director of rugby Adam Balding turned to the South African to make an impact.

Using the rolling substitutions at his disposal, starting hooker Ryan Roach was reintroduced to proceedings shortly after the hour mark with Moseley still 22-16 down on the scoreboard.

But a converted try at the death from Mason Tonks saw the hosts claim a single-point victory to end their 18-month wait with a thrilling victory.

For Johnson, it was a first competitive outing since Wasps’ 27-0 home European Challenge Cup defeat to Bordeaux in January 2020 – some 595 days previously.

“We’ve got two excellent hookers in Ryan Roach and Sam McNulty, but it’s fantastic to have someone of Ashley’s experience to turn to,” said Balding. “We brought him on at the same time as James Tideswell, and Jide Ajayi followed shortly afterwards, to have an impact in the front row and they did just that.

“Ash brings so much confidence to the players and that’s a powerful thing to have at your disposal.”

Following a distinguished professional playing career at the likes of Leicester Tigers, Gloucester, Newcastle Falcons and Worcester Warriors, Balding’s first coaching role was also in the third tier of English rugby when he took up a player/coach position at Cinderford in January 2016. He succeeded Richard Protherough in the Moseley top job ahead of the Covid-19 hit 2019/20 campaign.

“Being a player/coach is not an easy thing to do,” added Balding. “But Ash has adapted well. His coaching is absolutely superb, especially his work with forwards. His defensive analysis and his all-round first-class ability that he brings to the game is great for us.”

Reflecting on the win, he said: “I think the boys did really well, we counted through the players who started last home game of the 2019/20 season, there were only four players really. So that’s 16 new players that came together really well.

“You can’t buy cohesiveness. But we set clear parameters and hit targets, in terms of our character, togetherness, work rate passion – things you can’t coach.

“Yes, we came from behind. Two of the tries never have happened but they did. It was a big test to come back from 22-9.

“When the lads came in afterwards I joked saying ‘it was never in doubt’! We’ve got a really good group that is very young, very exciting and I am very happy with.”

Balding, aged 41, rolled back the years the following day by appearing in the Jack Adams Memorial Day, in memory of former Gloucester player Jack Adams, who lost his battle with cancer in June.

Moseley face Blackheath at home on Saturday, who started their season with a round one 18-15 home defeat to Balding’s former club, Cinderford. 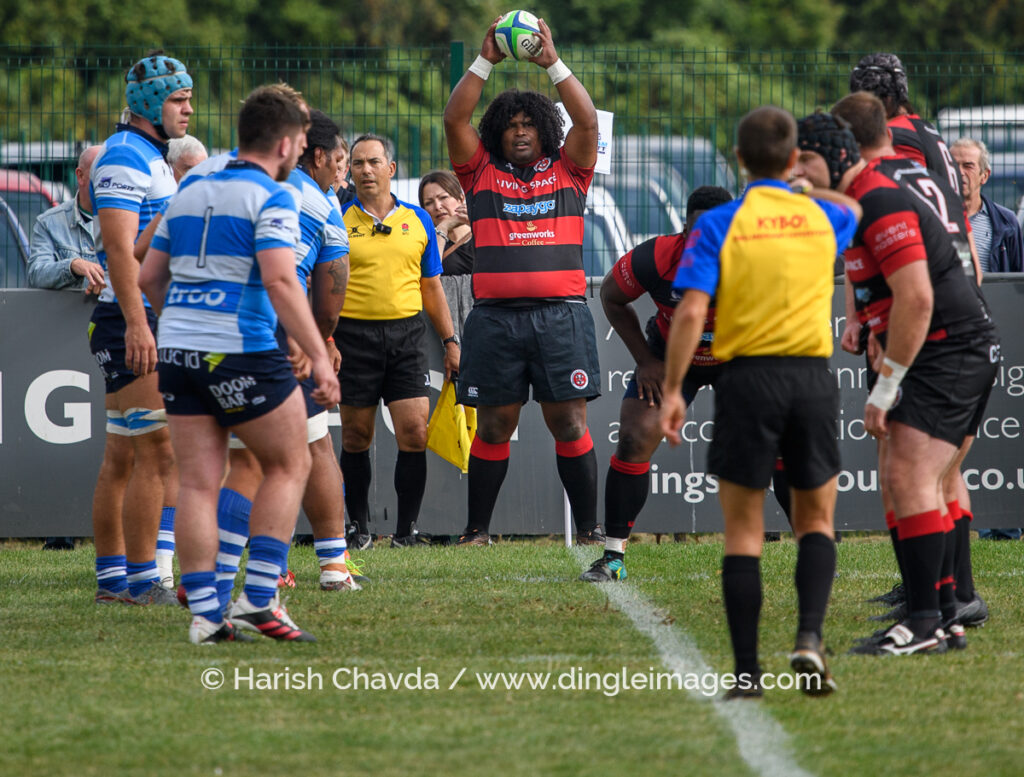